Mr. Tater is the Owner and President of TSI Laboratories, Inc., he has more than 40 years of experience in construction materials testing. His first experience in the industry when he was still in high school. He worked in the lab at Trinity Testing Laboratories where his father worked and was a shareholder. He also worked at Wells Wright Concrete performing quality control tests and calculating concrete mix designs. After high school Mr. Tater and his father started a small concrete company themselves where he performed bathing operations, preparing, and casting precast products.  This only lasted for a few months, in 1983 Mr. BJ Tater along with a partner started a construction materials testing business called Trinity Soils Investigation.  Mr. Tater started as a field technician, then a lab technician and then finally as the Project Manager for the large Industrial Projects such as DOW Chemicals, Union Carbide and Formosa Plastics in Texas and in Louisiana as well as school projects all across the state of Texas.  In 1994 after his father’s semi-retirement, Mr. Tater began to run the entire operation.  In 2004 the name of the company was officially changed to TSI Laboratories, Inc. (TSI).

Mr. Tater and TSI have played a major role in the City of Victoria’s conversion from asphalt streets to concrete streets. He was aggressively involved in the preliminary design of the project as well as the testing performed for the duration of the project.  The pavement section evolved from using a recycled treated base which required extensive laboratory tests. He has participated in a variety of research projects focused on implementing new sources for flexible base material.  One of these projects was with Inland Environmental which manufactured a base material out of oil field bi-products, and another was with LA Ash which manufactured a fluidized bed-ash, a bi-product of Formosa Plastics.

Mr. Tater has worked with the International Boundary Water Commission (IBWC) on multiple flood control projects in the Rio Grande Valley as wells as numerous dam rehabilitation projects for NRCS, San Antonio River Authority, the Lavaca Navidad River Authority, and many others.

Mr. Tater’s number one goal is to ensure that TSI Laboratories, Inc. and its employees meet the highest industry standards.  He ensures that the company stays certified with the US Army Corps of Engineers and validates the company’s testing procedures by participating in various proficiency sample programs as well as in-house testing.

Mr. Tesfai is the Director of Engineering for TSI. He has more than 25 experience in project management, writing and reviewing reports as well as performing and supervising the work.

Mr. Tesfai’s reports address any problems that could arise during construction, as well as problems encountered during the service life of structures. His duties have included evaluation of concrete and steel structures, rigid and flexible pavement systems, soils, and foundation related problems.  He has investigated roads and evaluated the existing pavement conditions, (including pavement condition rating or PCR), observed distresses and developed recommendations for pavement rehabilitation.

Mr. Paez is the laboratory manager and senior technician with over 25 years experience in the testing industry. His expertise includes Quality Control Inspection of concrete, soils and laboratory testing. Mr. Paez has been assigned to head field and laboratory technicians. He has completed critical projects such as the Nichols Creek Channel Repair for the Soil Conservation Service, Giddings I.S.D. Elementary and High School Projects, and the Victoria Water Treatment Plant.

As Radiation Safety Officer, Mr. Paez must ensure that all Texas Department of State Health Services rules and regulations are being followed by the company and the employees.

Our Commitment to Safety

TSI Laboratories, Inc. is operated and managed by a staff of highly qualified and experienced personnel. Our Laboratory Organization Chart shows operational personnel positions, their lines of authority and responsibility within the laboratory.

TSI Laboratories, Inc. recognizes that our people drive the business.  As our most critical resource, employees will be safeguarded through training, provision of appropriate work surroundings, and procedures that foster protection of health and safety.  All work conducted by TSI Laboratories; Inc. employees will consider the intent of this policy. No duty, no matter what its perceived result, will be deemed more important than employee health and safety.

TSI Laboratories, Inc. is firmly committed to the safety of our employees, which includes providing our employees with sufficient time to sleep and recharge before their scheduled shift.  We will do everything possible to prevent workplace accidents and we are committed to providing a safe working environment for all employees.

We value our employees not only as employees but also as human beings critical to the success of their family, the local community, and TSI Laboratories, Inc.

Employees are encouraged to report any unsafe work practices or safety hazards encountered on the job.  All accidents/incidents (no matter how slight) are to be immediately reported to the supervisor on duty. Employees should also report any sleep loss due to long work hours or drastically changing hours.

A key factor in implementing this policy will be the strict compliance to all applicable federal, state, local, and Company policies and procedures.  Failure to comply with these policies may result in disciplinary actions.

All accidents are preventable through implementation of effective Safety and Health Control policies and programs.

Safety and Health controls are a major part of our work every day.

Accident prevention is good business.  It minimizes human suffering, promotes better working conditions for everyone, holds TSI Laboratories, Inc. in higher regard with customers and increases productivity.  This is why we will comply with all safety and health regulations that apply to the course and scope of operations.

Management is responsible for providing the safest possible workplace for Employees.  Consequently, management of TSI Laboratories, Inc. is committed to allocating and providing all of the resources needed to promote and effectively implement this safety policy.

Employees are responsible for following safe work practices and company rules, and for preventing accidents and injuries.  Management will establish lines of communication to solicit and receive comments, information, suggestions and assistance from employees where safety and health are concerned.

Management and supervisors of TSI Laboratories, Inc. will set an exemplary example with good attitudes and strong commitment to safety and health in the workplace.  Toward this end, management must monitor company safety and health performance, and also work environment and conditions to ensure that program objectives are achieved.

Our safety program applies to all employees and persons affected or associated in any way by the scope of this business.  Everyone’s goal must be to constantly improve safety awareness and to prevent accidents and injuries. 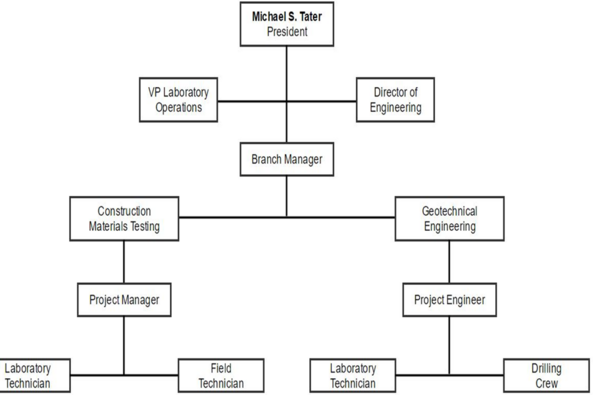 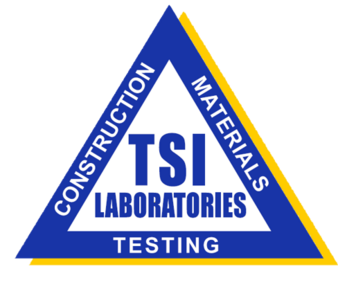 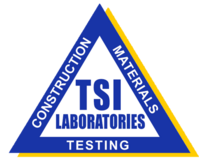 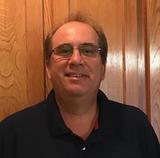